Circling Horseshoe/Millard via bike and packraft

3 day solo trip from mid March, 2015. 175 miles of mostly dirt roads; some well known to my readers, others nearly extinct. I also encountered a section of difficult moto track at the north end. The packraft portions were merely river crossings from one road head to another. As is usual with these off-the-chart river activities the tamarisks posed the greatest challenge.
Upon arrival at Hans Flat ranger station I learned the Flint trail was closed due to snow. They did not, however, have a problem with me pushing my bike down. On previous occasions involving Elephant Hill and the Schafer Trail rangers have turned me back from biking on closed roads. Overall I find the long time Maze rangers a chill and laid back bunch compared to the rest of CANY.
Water on this loop worked out pretty good. I was equipped to deal with silty river water, but didn’t have to. Recent snow followed by warmer conditions had filled potholes; that plus a few small springs provided what I needed. In drier times the only reliable sources would be the river, the springs near the Great Gallery (4 mile round trip hike) and the springs below the Maze Overlook (3 mile round trip hike).
Met a group of internet friends on the last tiring miles. One offered me an ice cold Odwalla smoothie from their leftover White Rim supplies. Won’t forget the taste of that one! 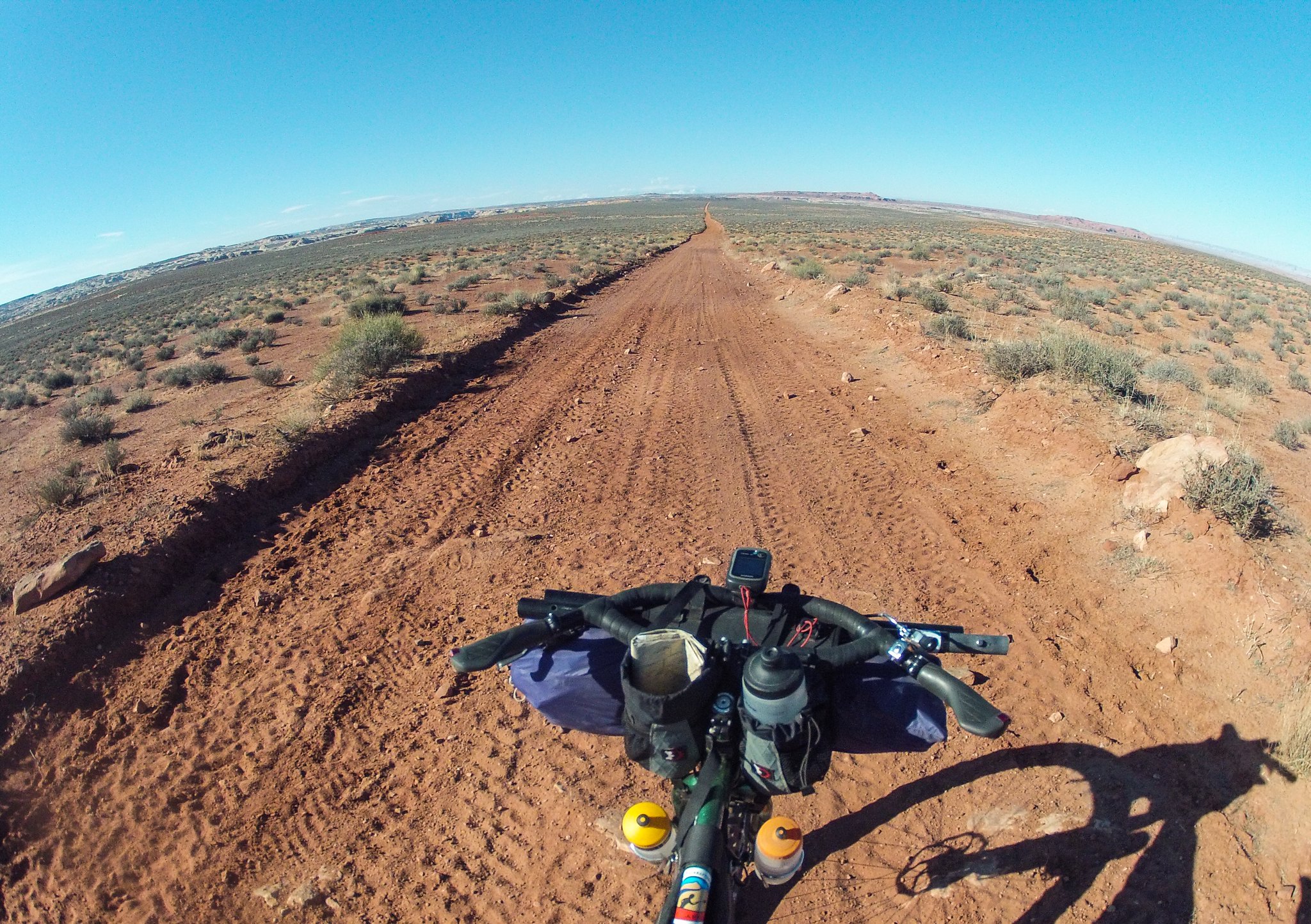 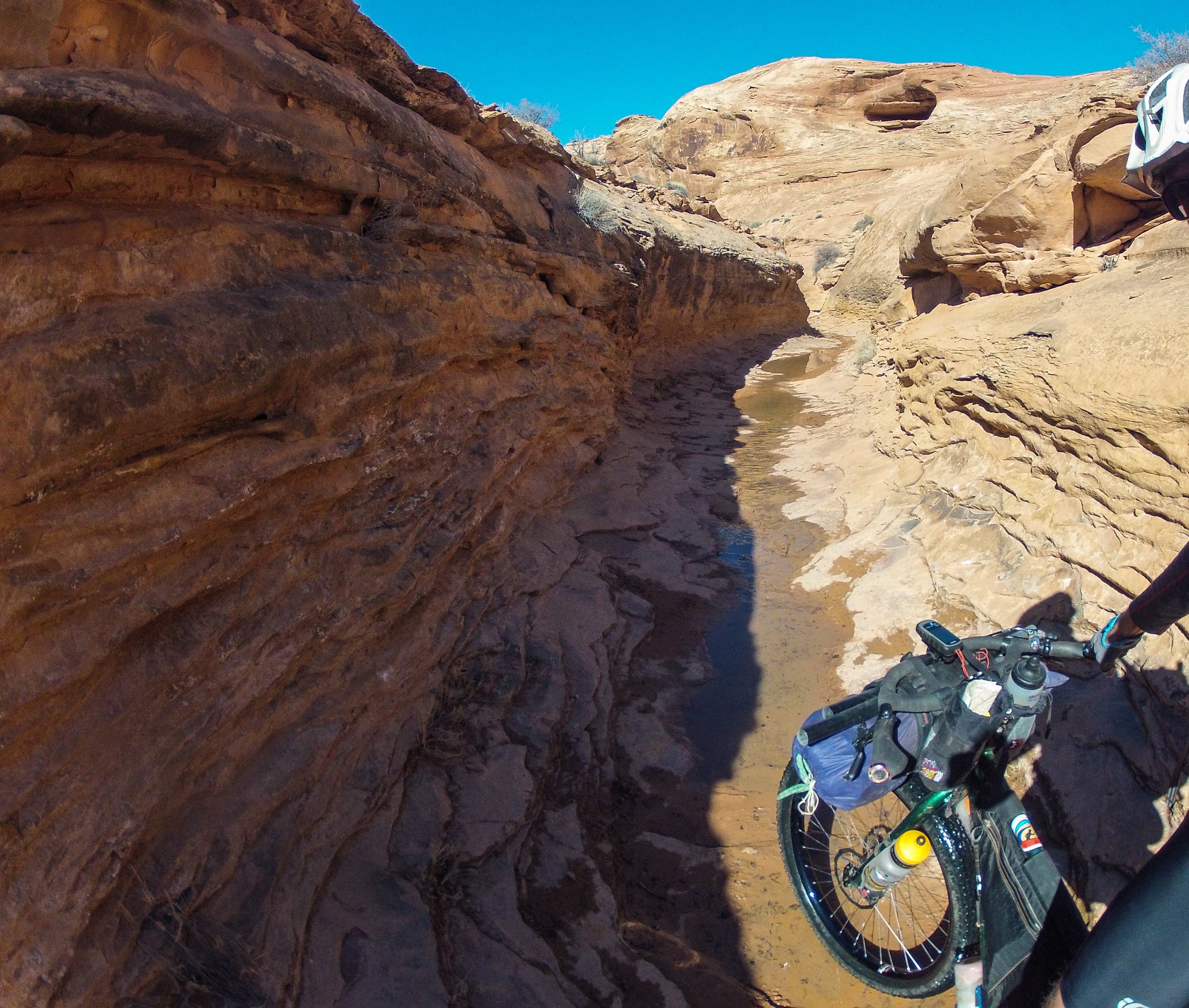 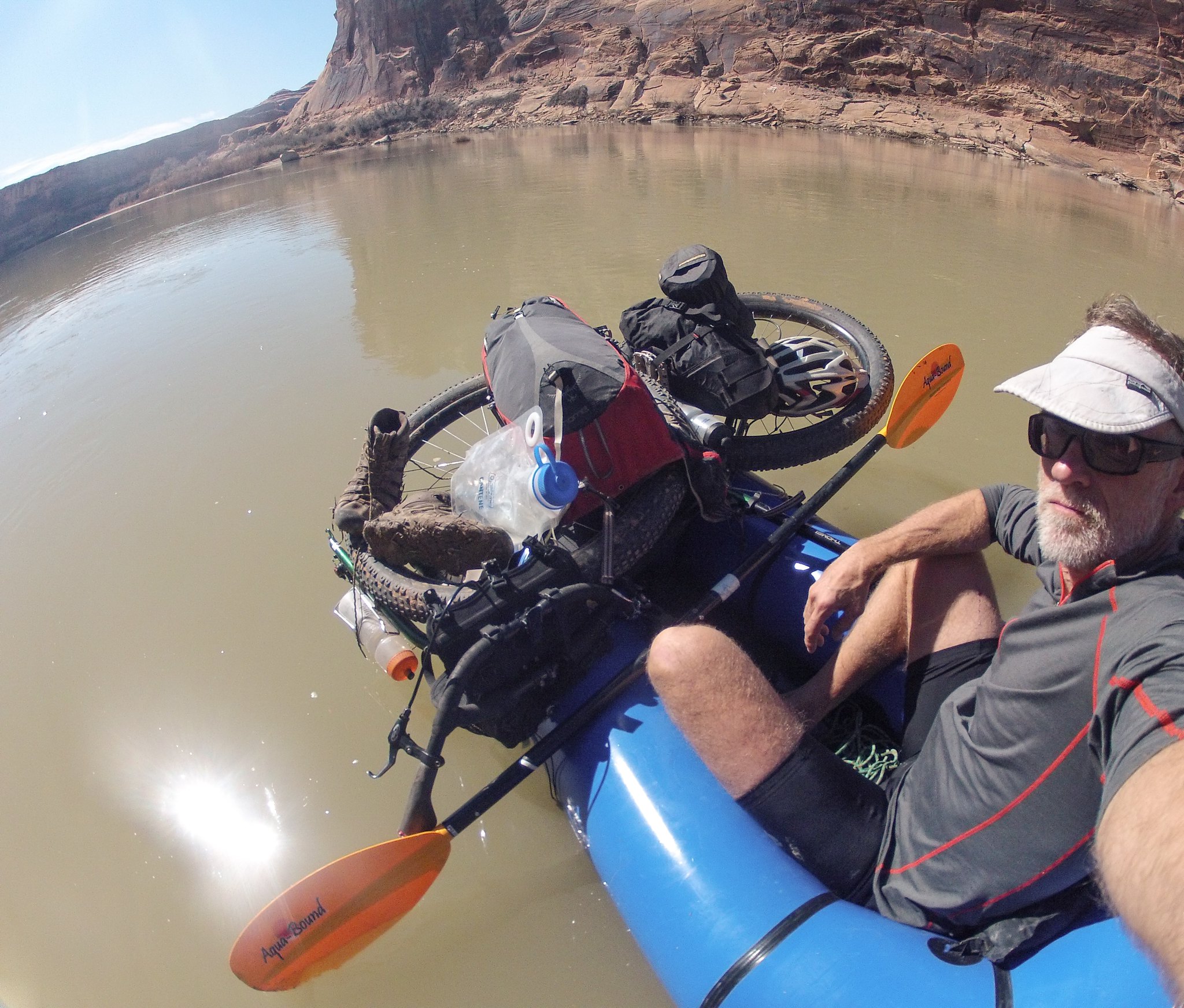 Going with the flow. My wife’s Alpacka Yukon Yak, technically a little too small for me but ounces lighter than my Llama. 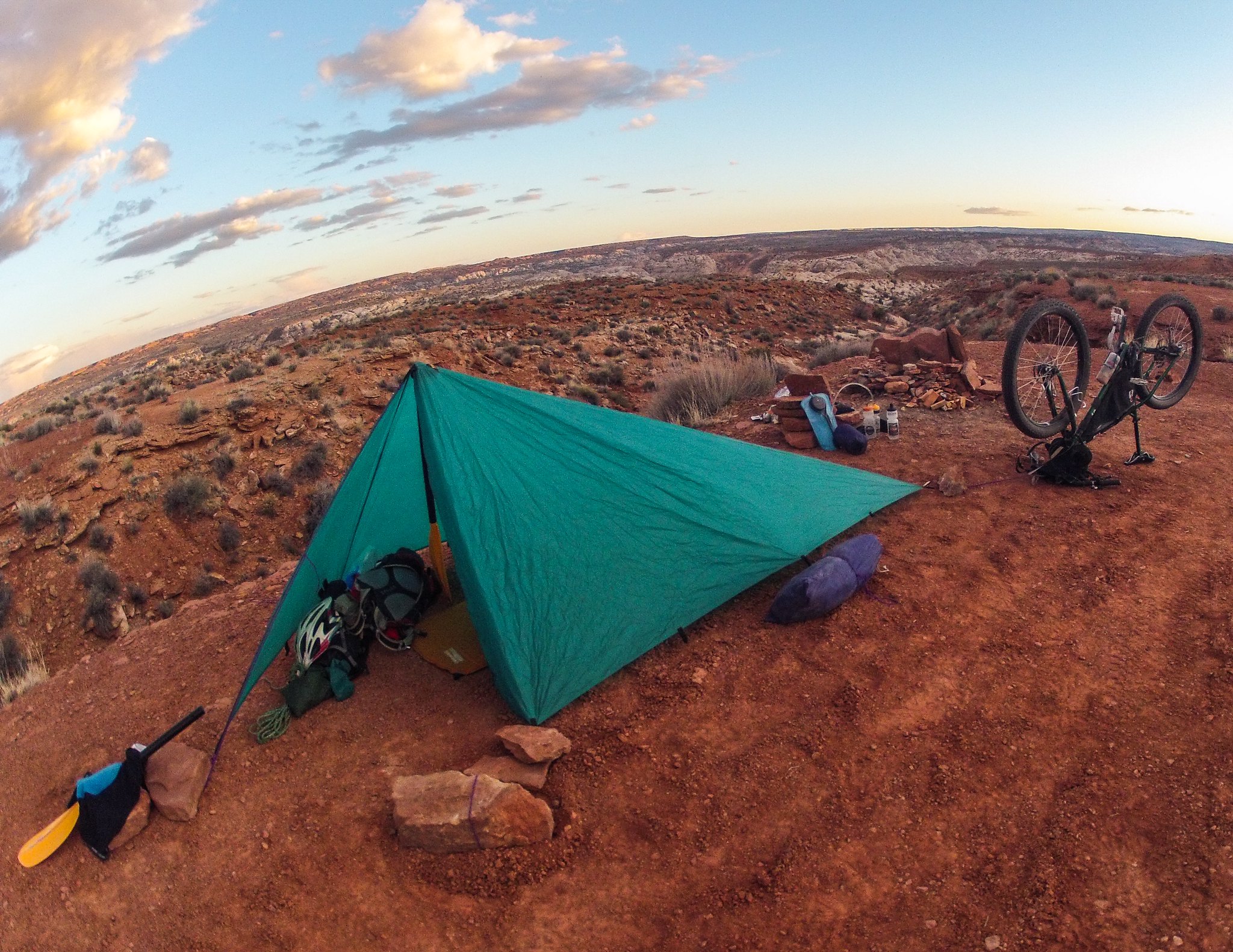 On the west rim of Horseshoe Canyon. My old Integral Designs solo shelter held up with parts of a paddle. 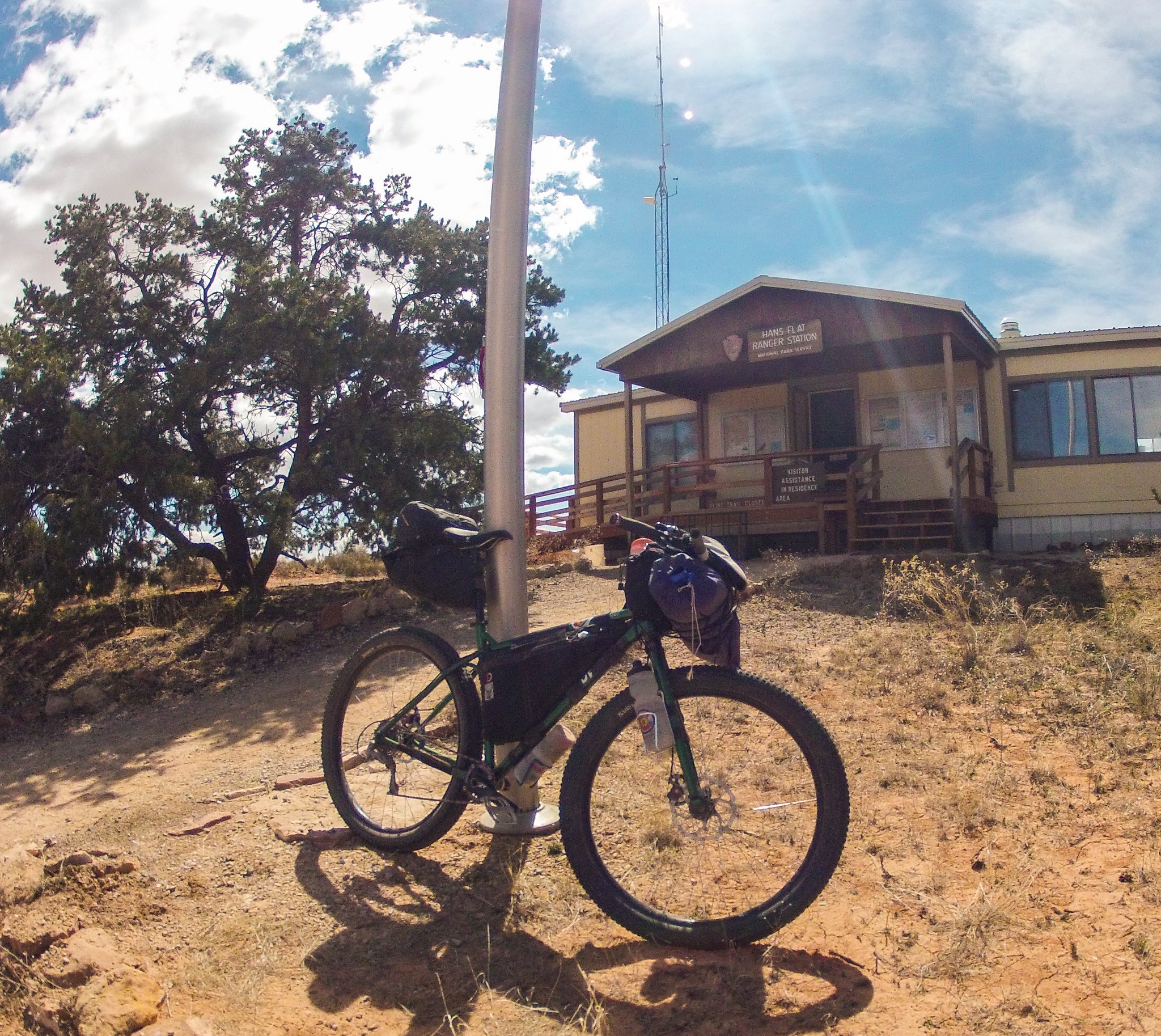 Getting the last minute beta from our friends at Hans Flat. 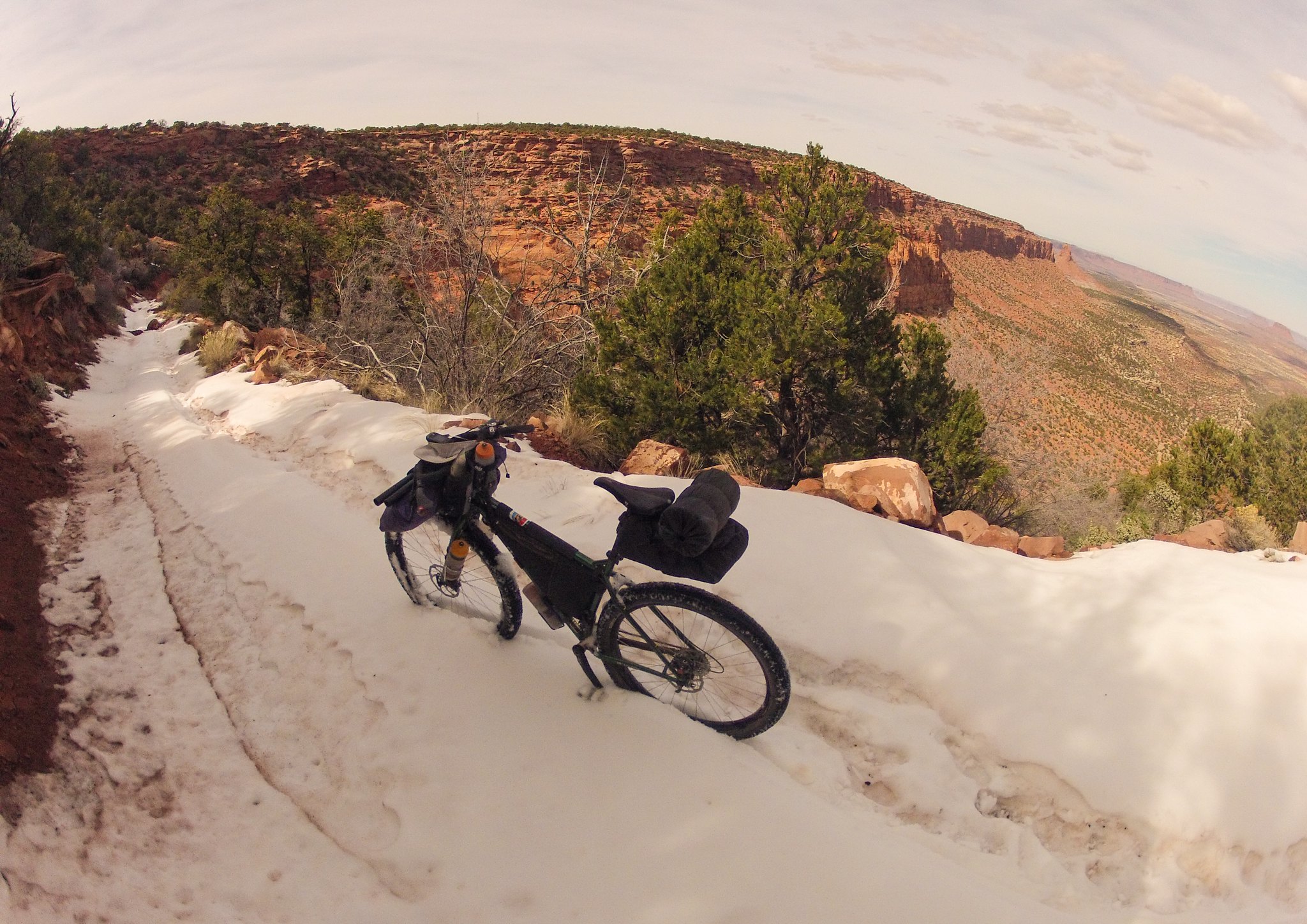 Laying down first wheel tracks on the Flint Trail. 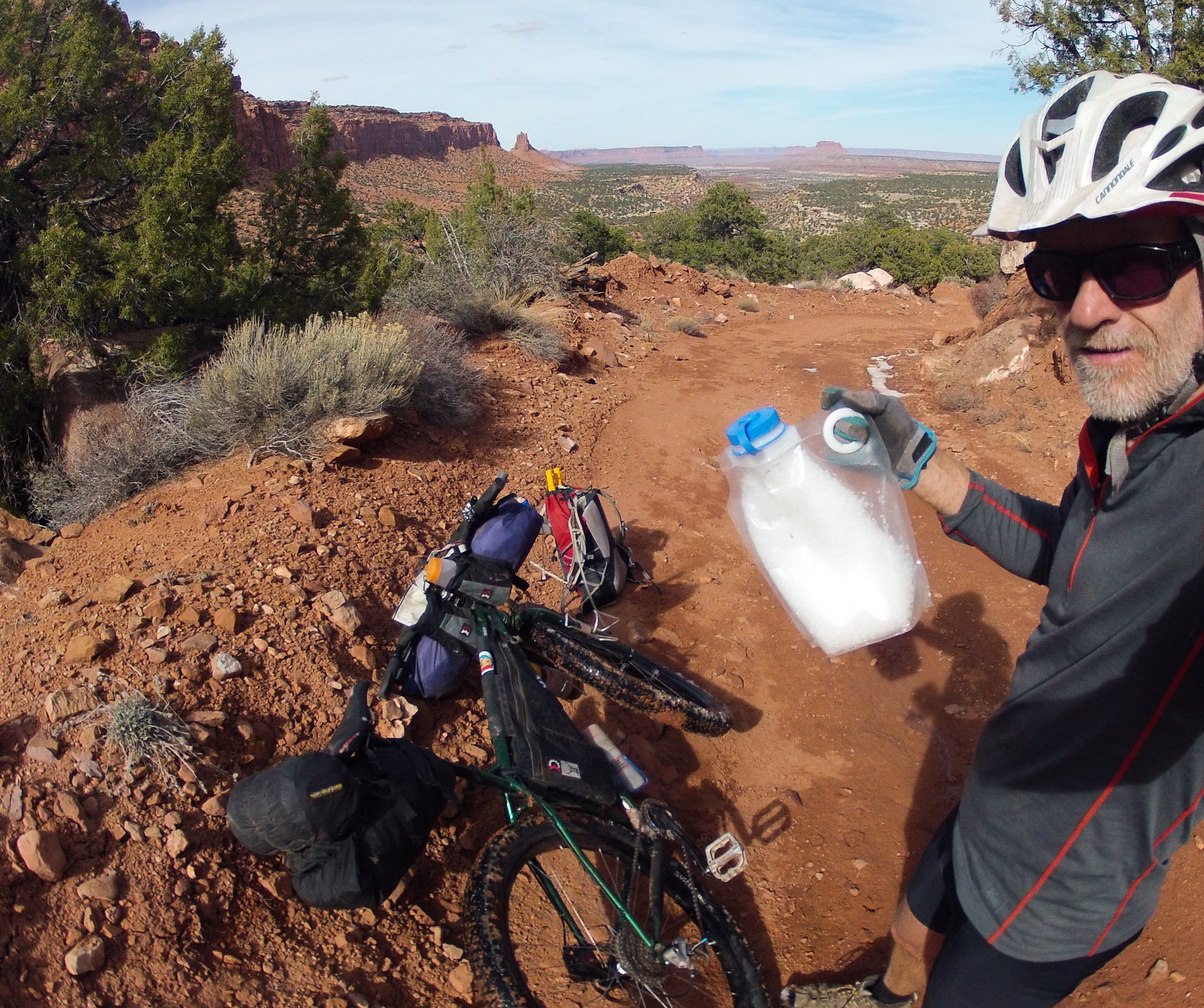 Stocking up on solid water before dropping below snow level. Bagpipe and Elaterite Butte in the background. 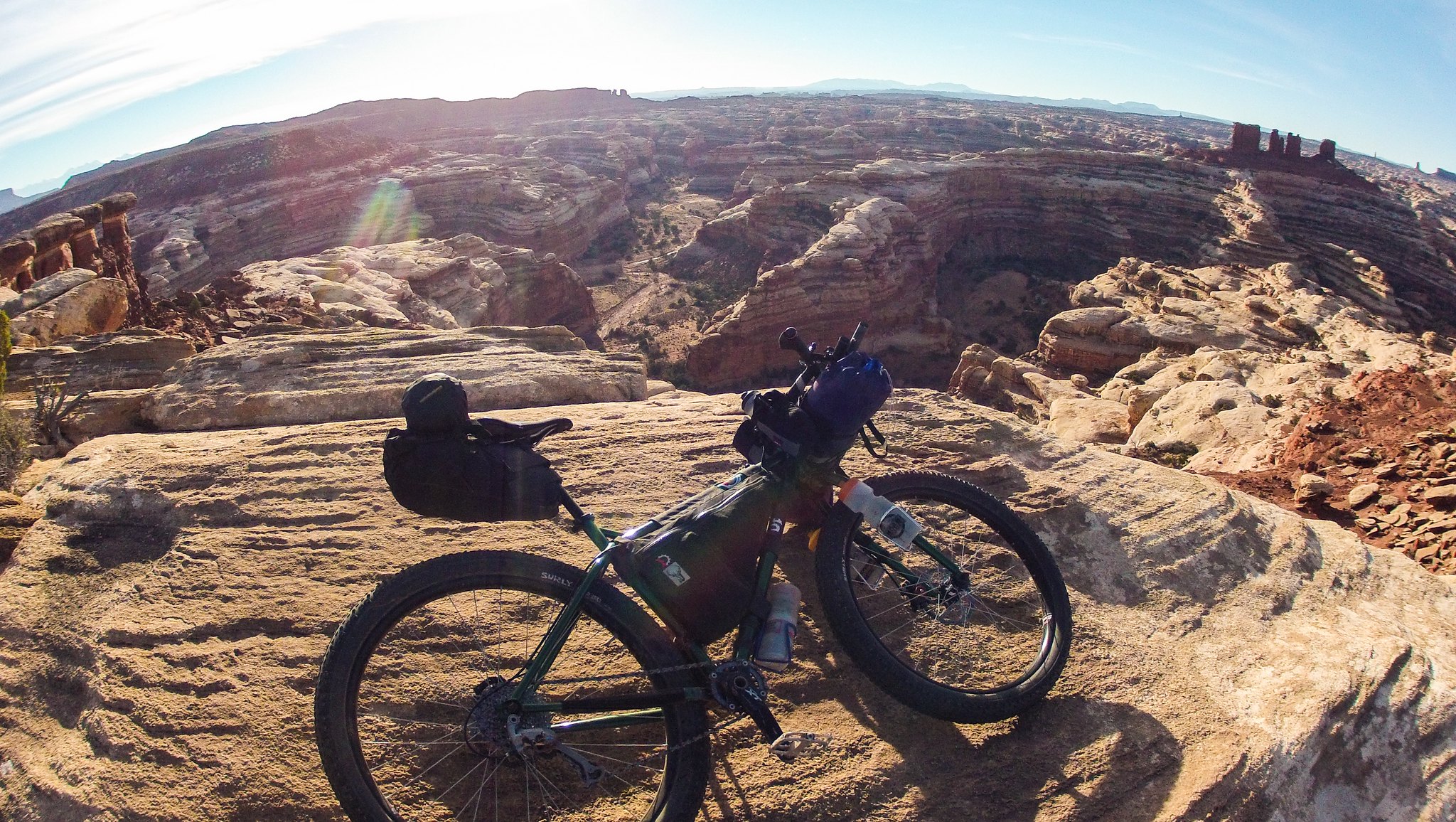 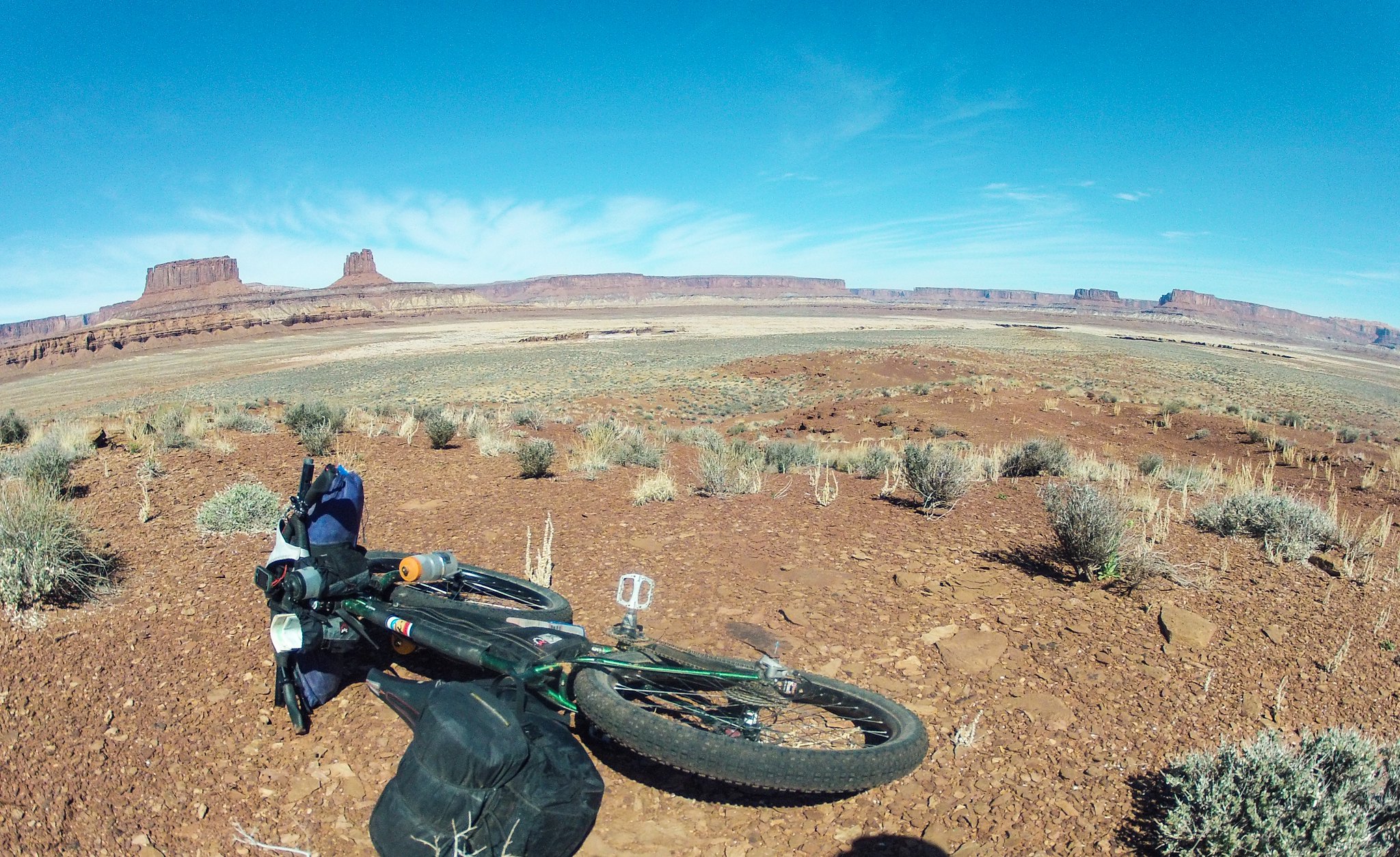 Not much going on between Ekker and Millard Bottom. A favorite place of mine to bike. Buttes of the Cross behind.